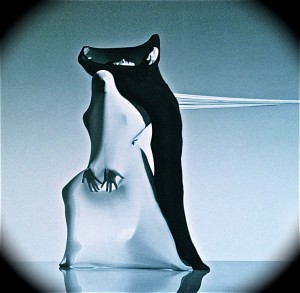 At the foreground of much of our so-called news are account after account after account of men groping women (actually any sex can grope or be groped but the vast majority of the time it is men groping women or men). The term groping according to Wikipedia “When used in a sexual context, groping is touching or fondling another person in an unwelcome sexual way using the hands.”

On an outer level these actions cause at the very least confusion and on a deeper level suffering, shame, fragmentation of the victim’s sense of self. The victimizer is often either numb or in denial until his actions catch up with him and he finds his life falling apart behind his shield of denial. While our culture is wrestling with the reality of these accusations and how to cope with them on an outer level this article will focus on what these events may be reflecting on an inner level.

In depth psychology we recognize that each human being has a male and female self or the terms I prefer are solar and lunar consciousness. The Swiss psychiatrist Carl Jung used the terms animus for the male self and anima for the female self that he said dwelled inside every human being. On a neurobiological level these qualities of masculine and feminine consciousness or selves can be understood through right and left hemispheric functioning. Your neocortex or thinking brain can be divided into a right and left hemisphere that are connected through a neural information highway called the corpus callosum. While both hemispheres are involved in many processes each hemisphere has different specializations. The following are generalizations of function. 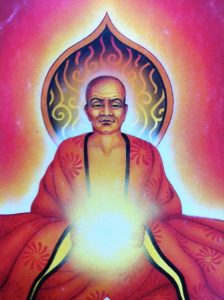 Your left hemisphere underlies solar consciousness or what you experience as your inner masculine or male self. This type of consciousness includes words, rational thought, analysis, has a narrow focus, is fixed, isolated, static, lifeless, neglects the body, is called the way of understanding that includes intellectual concepts, scientific knowledge, verbal formulations and conscious awareness. 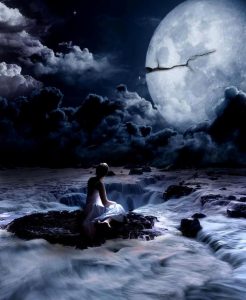 Your right hemisphere underlies lunar consciousness or what you experience as your inner feminine or female self. This type of consciousness includes images, the unconscious, intuitive thought, synthesis, an open focus, is changing, fluid, interconnected, alive, embodied, spontaneous, synthesis, is called the way of creative expression including dreams, poetic knowledge, art, music, dance, and theater.

Limiting each of us from recognizing our inner masculine and feminine are the outer sexual stereotypes or attitude, feelings and behaviors that are culture equates with being a male or a female. These stereotypes label boys as dominant, independent, active, logical, smart, decisive, worldly, leaders, enjoying sports while girls are labeled as submissive, passive, dependent, emotional, weak minded, indecisive, domesticated, obedient and liking doll play. 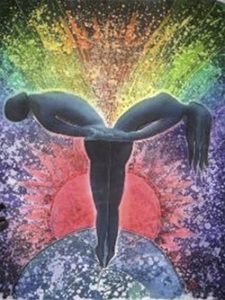 There is a natural tendency in our psyches to integrate, to synthesize, to create a whole out of the different modules of consciousness that is greater than the sum of the parts. In depth psychology the integration of left and right hemispheric or masculine and feminine consciousness is often represented symbolically in our dreams as a wedding ceremony or passionate sexual union. In recent neuroscience studies in terms of integration women do have a stronger left to right link between the hemispheres between the areas of reasoning and intuition, and men have stronger back to front circuits and links between perception and action.

The classic 1991 movie Thelma and Louise can be thought of as a cinematic dream that represents the non-integration of masculine and feminine consciousness. The male figures are groping, oogling, raping, pursuing the female figures represented by Thelma and Louise. There is one male figure Hal that begins to understand their plight and tries to reach out but is too late. In the end Thelma and Louise drive of the edge of the Grand Canyon in their car to their death rather them be imprisoned.

The movie foreshadows our current state of events. Feminine consciousness not only externally but inside each of us is not understood, oogled, groped, raped by our masculine consciousness. How much time do we spend in silence, in creative projects, being intuitive, being empathic with ourselves others, living embodied lives, relaxing into the flow of the present moment versus being pressured by time, narrowed, living in our heads, needing to live up to a never ending stream of evidence-based, scientific facts and data.

Most of us are hungry for lives with more meaning, depth, not more things and acquisition’s which are another representation of the way masculine consciousness tries to fill the emptiness in our lives through money and power rather than embodied and creative lives. In depth psychology symptoms often represents something out of balance in the psyche, a cry for help or integration.

From this perspective the groping of women on a cultural level would represent our inner need for feminine consciousness. These groupings and rapes are a violent and immature way that we are trying to connect  with the sacred feminine inside each of ourselves rather than one with respect and reciprocity. Since women have more integration between reason and intuition they may not need to reach out and grope, while men being more wired for action are more inclined to grope externally for their missing inner integration. From this perspective I would change the title of this paper from the groping of the feminine to the reaching to touch feminine consciousness. Wouldn’t you like a life with more meaning, time, creativity, aliveness? 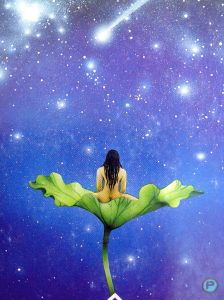 Feminine consciousness needs to be invited in, a space made that is open without time pressure. A sensitive courtship from our male self to our female self leading over time to marriage and sexual union. Don’t grope but date by making time for the arts not only as observers but as participants in dance, music, theater, poetry, creative expressions, resting in silence, listen to your dreams, embrace your feelings and your precious body.

The following guided SoulWork meditation gives you an orientation to welcoming your female self or lunar consciousness more deeply into your life. Set aside 15 or 20 minutes in a space where you will not be interrupted. Turn off the messengers of the masculine by shutting down your cell phone, turning off your computer removing yourself from the incessant data and information overload of our 21st-century lives.